While looking at directions for the Twin Falls hike a while ago on Google Maps, I noticed Weeks Falls and Olallie State Park. I knew of Olallie State Park, having driven by it hundreds of times on I-90, and ridden my bike above it a number of times on the John Wayne Trail (or should I say the Palouse to Cascades State Park Trail). But I had never paid attention to it until now. We had a couple of hours in between atmospheric rivers that were drenching Seattle, and Weeks Falls was a nice short hike that ends at a cool waterfall.

As we pulled into the park I noticed a lot of cars in the parking lot - this might be a crowded hike I told my son. But upon getting out of the car we noticed it was a bunch of volunteers getting ready to pick up trash. I also realized I just pulled into a parking lot that was still a little ways from the trailhead - I had seen an empty spot amongst all the cars and pulled in without thinking. 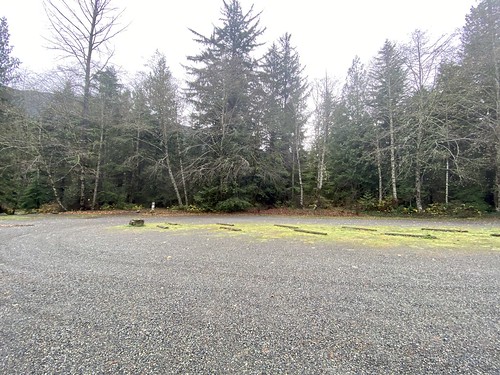 Empty parking lot where I could have parked
We walked past a park residence and through the completely empty parking lot to the trailhead. It’s a flat and open path and signage along the hike informed us this used to be a Puncheon Road - an old road used by horse and wagon where logs were flattened on one side and laid across to allow access through muddy and swampy terrain. 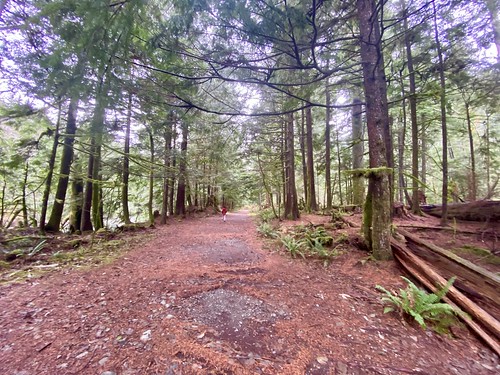 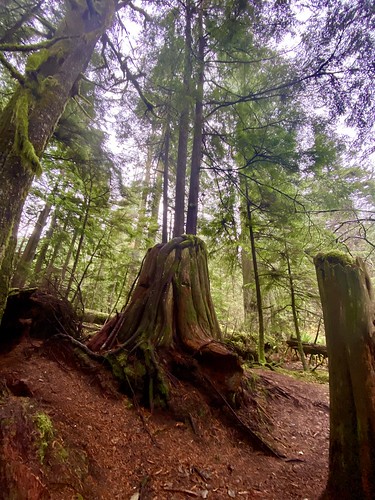 Nurse log with trees growing on top
The trail parallels the South Fork of the Snoqualmie River, and after less than half a mile, it splits in two and we opted to go right. We crossed a small bridge and eventually merged with the other side, but not before stopping to admire some huge Douglas Fir trees. Taking a side path down to the river, we were able to see the falls up ahead. 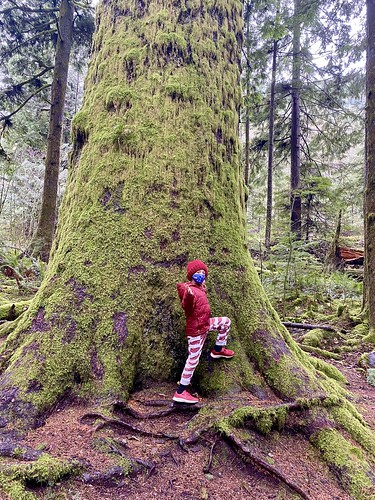 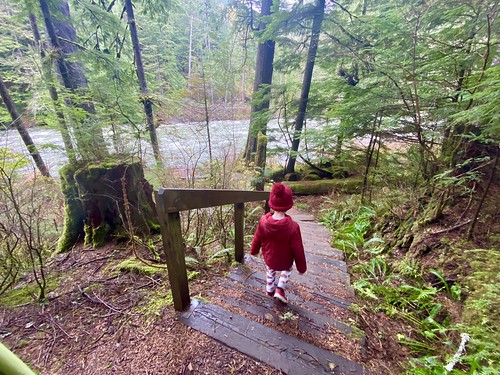 Path down to the South Fork of the Snoqualmie River
We came to a small parking area and restroom. The road through the park intersects with the trail here and it looked like there was parking for a couple of cars, allowing access to the falls for those with limited mobility. We took the short paved trail to the hydro plant at the base of the falls - the signage indicates the falls are natural, and the plant generates hydroelectricity via a large underground tunnel which diverts enough water to power a turbine. We took advantage of a couple of viewing areas at the power plant to enjoy the falls. 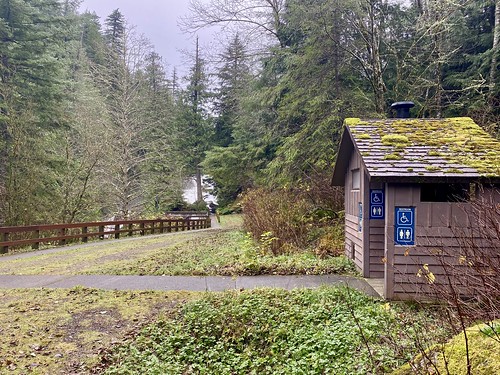 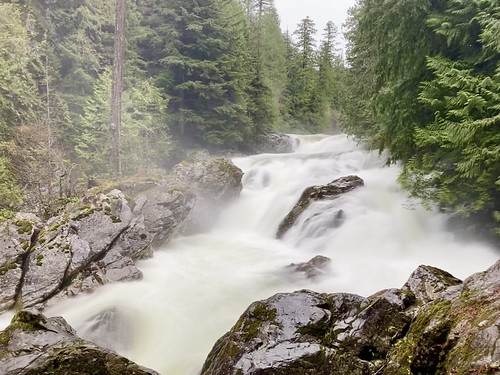 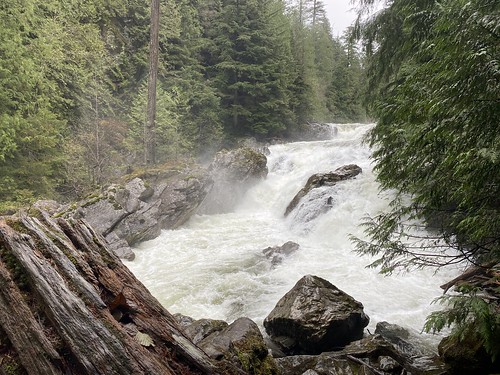 Another look at Weeks Falls 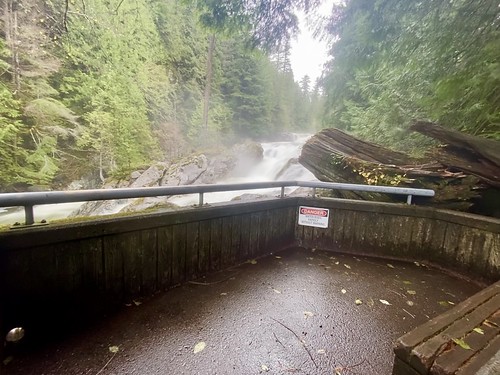 Viewing platform for Weeks Falls
After enjoying the falls, we went back on the Weeks Falls Trail and took a couple of side trips down to the river, finding some benches along the river. 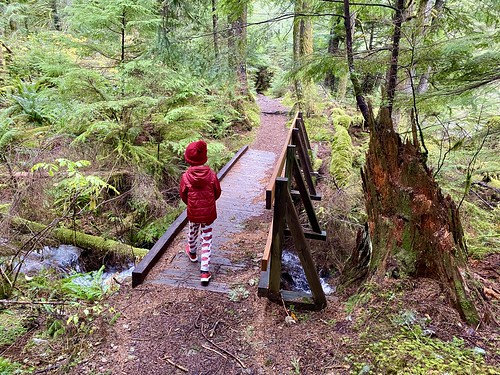 Bridge on the Weeks Falls Trail 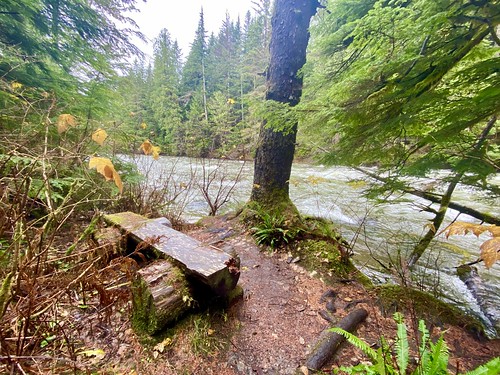 Bench along the South Fork of the Snoqualmie River
While I likely won't be doing this again any time soon, it was a great short hike to take my son on and we both enjoyed it.