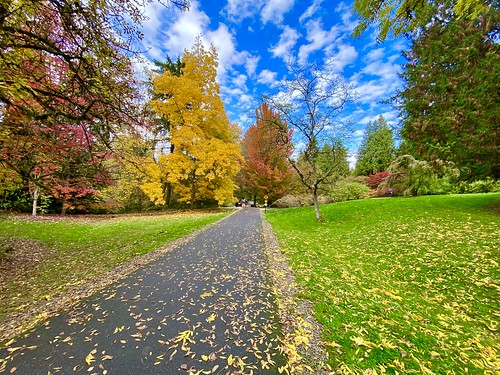 Length : 3 miles, roundtrip
Elevation Gain : 50 ft.
Washington Park Arboretum, a joint project of the University of Washington, the Seattle Parks and Recreation, and the nonprofit Arboretum Foundation contains an amazing collections of trees and shrubs from all over the world, the Loop Trail is a perfect way to explore the various environs of the park and in a mere two miles, you will be able to see Japanese Maples, Giant Sequoias, an impressive display of Rhododendrons and many more species.

You can walk the loop trail either way, and where you begin will likely depend on where you are able to find parking. There are a number of other trails that criss-cross through the park, and if you are looking to view a particular species of tree or shrub, you may need to venture slightly off the loop trail to find it.

Heading north on I-5 from downtown Seattle, use the right 2 lanes to take exit 168B for WA-520 toward Bellevue/Kirkland. Once on 520, take the exit toward Montlake Blvd/Univ Of Wash. Continue straight onto E Lake Washington Blvd into the park, and begin the search for a parking spot.

Washington Park Arboretum has a couple of different parking areas, however it can be very difficult to find a parking spot, especially on the weekends. You may need to look for street parking in the Montlake neighborhood to the west of the park.

Type : hike
Length : 3 miles, roundtrip
Elevation Gain : 50 ft.
High Point : 150 ft.
Download GPX View Track Only
The fall gloom in the morning gave way to a partly cloudy sky after my son’s soccer game, providing the perfect opportunity to go to Arboretum and view some fall colors. We optimistically pulled into one of the Washington Park Arboretum’s parking lot hoping to find a spot, but it was completely full. My wife and son hopped out of the car to begin the walk, while I proceeded to find street parking a couple of blocks away.
As I briskly walked down the Arboretum Loop Trail to catch up with my family, I noticed my son stooped over the pavement excitedly pointing at the ground - he had located a caterpillar. I had to consult my iphone to remember the name of it, a Woolly Bear Caterpillar. I used to see them all the time growing up in Vermont, but this was the first time I had seen one in Washington. According to the Farmer’s Almanac, the larger the black stripes, the more “severe” the winter will be. I don’t know what a normal Wolly Bear Caterpillar looks like, but I’m going with larger black stripes on this one, hence, we shall have a severe winter with lots of cold and snow! 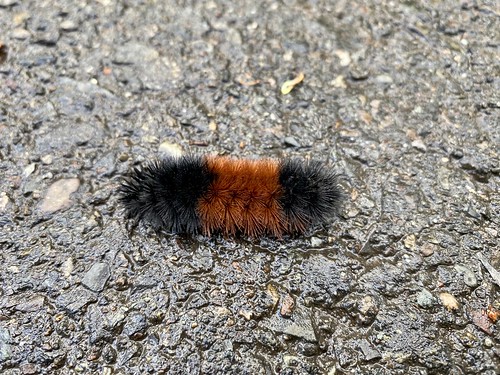 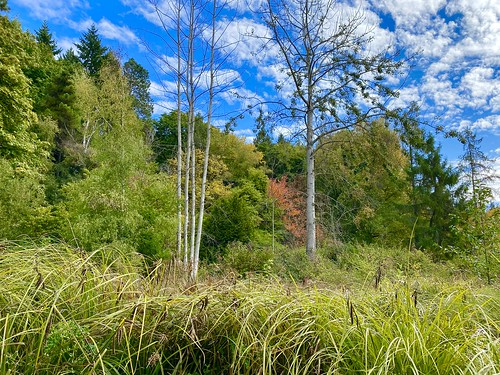 Blue sky and lots of trees 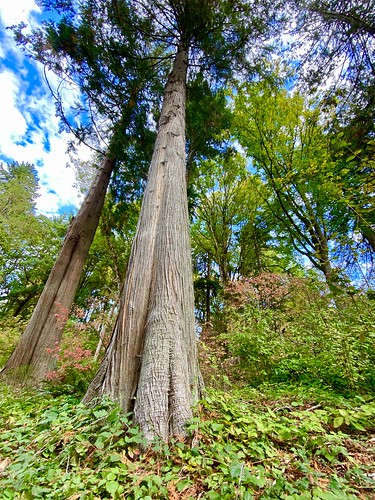 Tall trees along the Washington Park Arboretum Loop Trail
We continued along the Loop Trail, enjoying the fall colors, as well as reading the signage along the way and learning about the Park and it’s various trees.

Fall colors along the Loop Trail 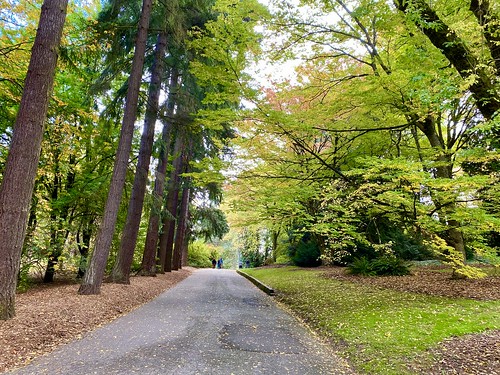 Walking along Arboretum Drive East
Upon reaching the Northern part of the park, we opted to skip heading out further North to Foster Island, and loop back around. I wasn’t really sure what trail or road was actually part of the Loop Trail at this point, so we started walking on Arboretum Drive East. While there were some barricades at the start of the road indicating it wasn’t open to public traffic, we encountered a number of cars on the road, and eventually decided to head off on one of the numerous side trails. 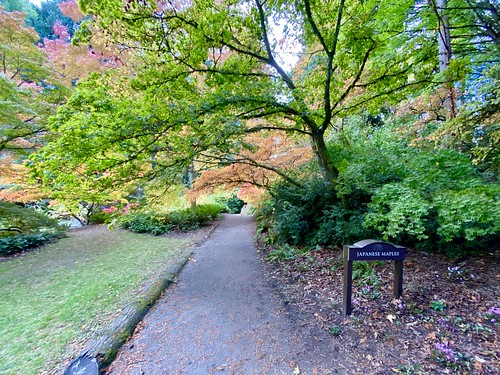 Entering the Japanese Maples section
One of the main reasons for choosing the Arboretum Park this weekend was catching some fall colors. While we encountered a number of beautiful trees throughout the park, I figured the Japanese Maple section would be our best bet, and it was indeed full of color. It had been a number of years since I was last here, and I forgot about the pool and sitting area in this section. My son had fun playing around the water while my wife and I enjoyed the fall color. 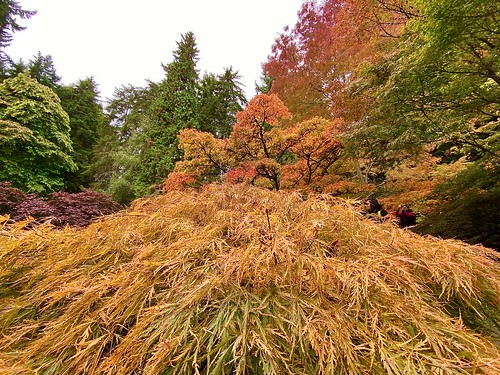 Fall color in the Japenese Maples 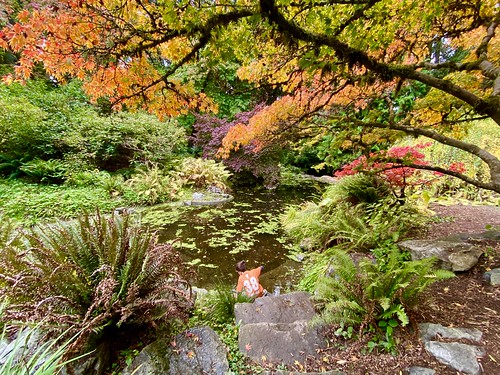 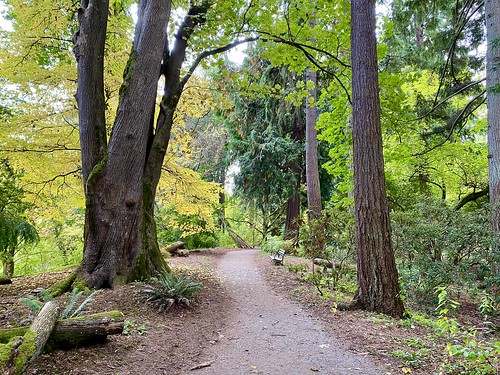 Walking along one of the various trails
After the Japanese Maples, we ambled along the various trails with no particular destination in mind, other than heading South. We passed through Rhododendron Glen and other sections that escape my mind now, and eventually hooked up with the paved Loop Trail. 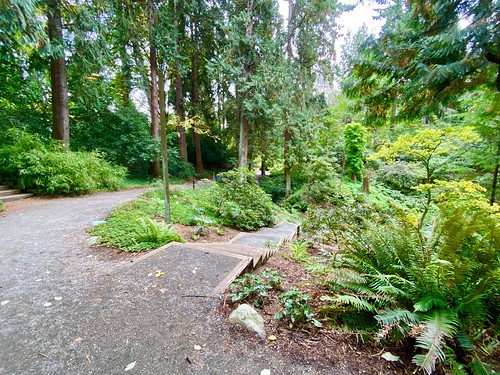 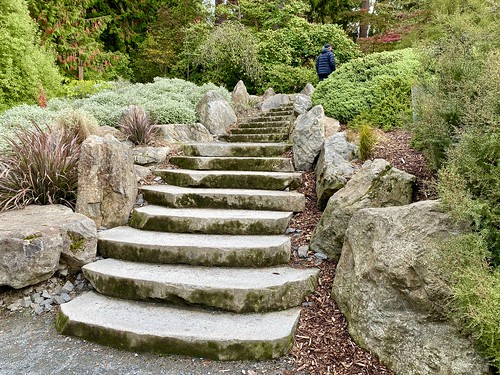 Stone stairs leading to another path
We headed North on the trail and eventually reached our starting point, where Boyer Avenue intersects with Lake Washington Blvd. 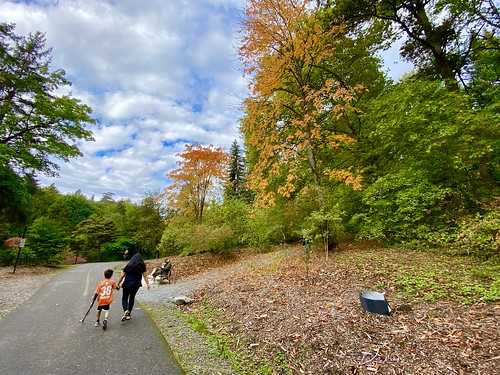 Heading North on the Loop Trail 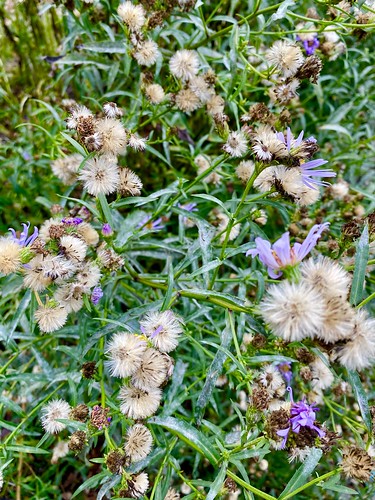 Blooming plant along the Loop Trail 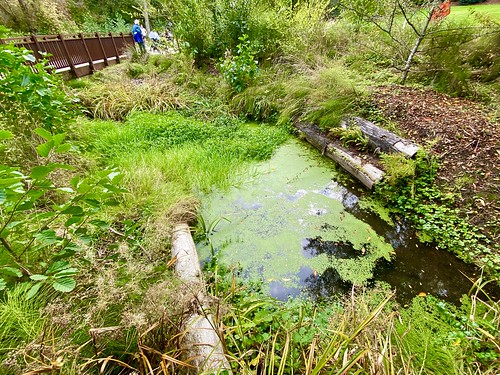 Small brdige in the Arboretum
A great place to get out and enjoy the fall colors. Next time I will have to make sure I actually do the entire loop trail, rather than getting side tracked on the many other trails criss-crossing the park. My GPX file My photos on Flickr