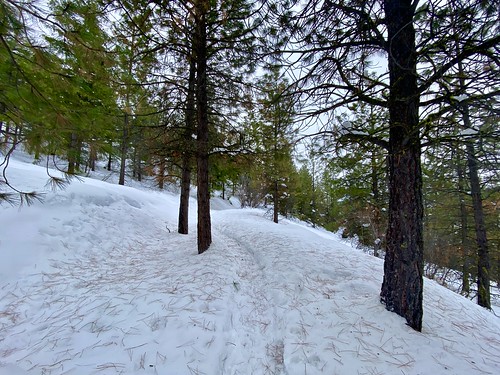 Length : 2.5 miles, loop
Elevation Gain : 450 ft.
The Shoe trail at Echo Ridge provides a scenic loop with views of Lake Chelan. The trail contours around the mountain and while you are never far from the forest service road, you won’t notice, as your gaze will be focused on Lake Chelan, Echo Valley Ski Area and the surrounding mountains. The majority of the trail is through open areas, with some forest along the way. The trail has a moderate amount of elevation gain and can be snowshoed in either direction.

If there has been snow overnight, consult the grooming report from the Lake Chelan Nordic Club to determine when the road will be plowed.

From Chelan, take WA-150/W Manson Rd for approximately 2 miles. A short ways after the traffic circle, turn right onto Boyd Road. Continue on Cooper Mountain Road and then Cooper Gulch Road and finally onto Echo Ridge Forest Service 8021-100 Rd/NF-8010. The Snowshoe Trailhead will be on your left about a mile and a half after passing the Echo Valley Ski Area.

There are a couple of pull outs at Snowshoe Trailhead, capable of accommodating a handful of cars. This trailhead typically doesn’t see a lot of use, and I have never found more than a couple of cars parked at the trailhead. Parking and use of trails at the Snowshoe Trailhead requires a $15 day pass, with a pay station available at the trailhead taking cash or check (winter season passes to Echo Ridge are also available). Northwest Forest Service passes are not valid during the winter months.

Type : snowshoe
Length : 2.9 miles, loop
Elevation Gain : 513 ft.
High Point : 3,300 ft.
Download GPX View Track Only
I had been planning to take my wife and son on the Shoe trail, anxiously waiting for a sunny day over Christmas break. The sunny day never came, and I found myself desperately needing to get out for some exercise while the rest of the family was more inclined to have a lazy morning. With a horrible ice layer on the snow, backcountry skiing wasn’t in the cards, so I decided to head to the Shoe trail...
The forest service road up was completely covered in ice, but they had done a good job sanding and slow and steady driving assured I got to the trailhead without incident. As usual at Echo Ridge, I was the first car at the trailhead, and I quickly threw on my alpine touring gear. Yes, you read that correctly, I was ski touring on a snowshoe trail. When we moved from Seattle to Manson, I left my snowshoes in storage at what was now our rental property in Seattle, and thus, my snowshoe adventures are on skis these days. 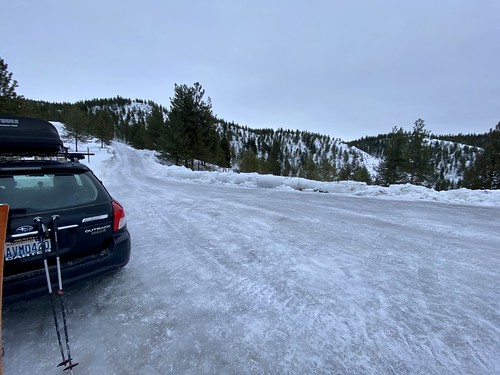 Shoe Trailhead covered in ice
I decided to head counter-clockwise without a real reason, which turned out to be the better choice given I was on skis with skins. The trail descended gradually as I made my way around the loop; had I gone the other direction, there would have been a shorter but stepper descent. Not a problem in snowshoes, but it would have been a little tricky on skis and skins, especially given how icy it was. 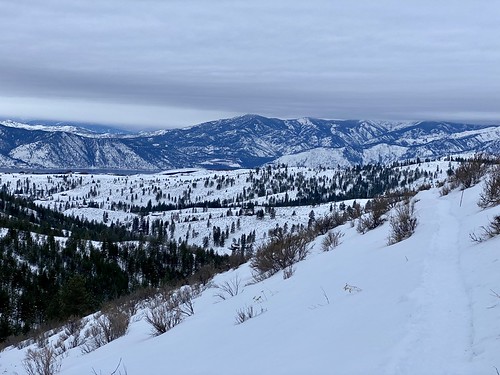 Lake Chelan off in the distance
The trail had seen some traffic over the holiday week, and was very easy to follow. Lake Chelan quickly came into view as I made my way around the loop, and shortly thereafter I could see Echo Valley Ski Area, and make out the folks going up and down the slopes. 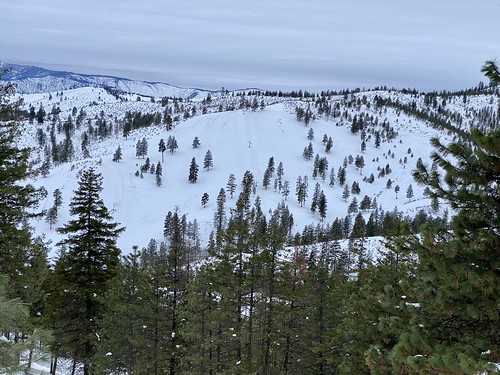 Echo Valley Ski Area
At the western edge of the loop I came upon a better vantage point of Echo Valley and stepped off the trail to capture a picture with my phone. As I went to adjust the zoom on my phone camera, I dropped it, and watched in horror as it started sliding down the hill. There was a thick layer of ice on top of the snow, and even though the hill wasn’t particularly steep, my phone was sliding at a good clip and playing pinball with the bitterbush on the way down.
I tried to head down after it, but quickly lost my balance, and as I steadied myself, lost a visual on my phone. All sorts of thoughts went through my head as I slowly made my way down the slope looking for my phone. After a while, I decided to turn around and look on the way up, and luckily found my phone trapped in a bush.
Phone in hand, I continued on the loop, and passed the junction with Switchback Alley, which I had ridden on my mountain bike for the first time in October. Eventually the trail went into the forest and I came upon a split in the trail, which a helpful sign which indicated that the trail to right was an old road that is not maintained - I have found the signage to be excelled at Echo Ridge. And it also got me thinking about whether this trail could be somewhat hard to follow if there was a bunch of new snow and no tracks.

Heading into the forest 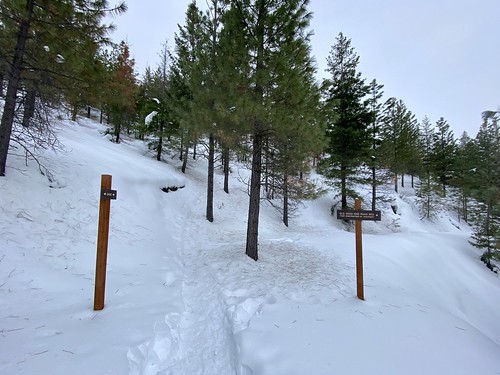 Well marked dead end trail
The trail looped around and I started heading north back towards the car, passing junctions with Divine Intervention and Minor Threat, both of which are open to snowshoers, and had tracks on them. Need to check these out, but may need to wait until I locate my snowshoes, at least descending for Minor Threat, as it is quite an incline. 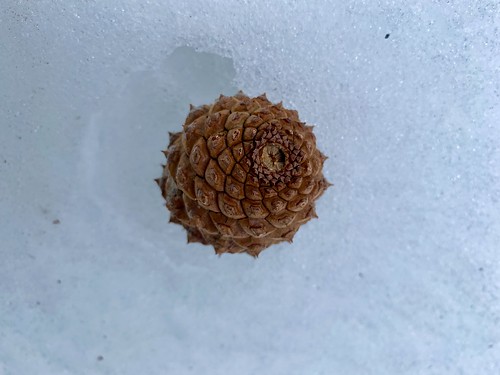 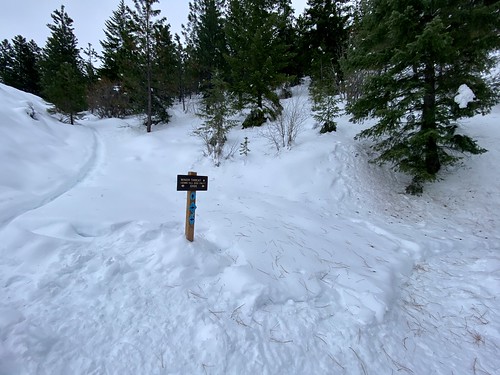 Junction with Minor Threat
I really liked The Shoe trail. It is a nice loop with a mixture of views and forest. Will definitely have to bring the family back to snowshoe on this trail!