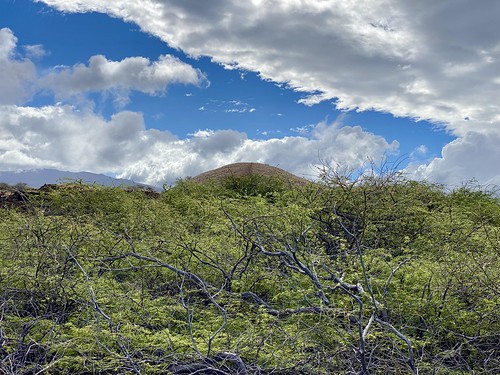 Length : 1 mile
Elevation Gain : 350 ft.
Despite its small stature at 300 feet, Pu'u Ku'ili, a small red cinder cone within Kekaha Kai State Park is a great short hike within wonderful views of the Kona coast. You can extend the hike down to the coast to provide a little extra mileage as well. How often do you have the opportunity to hike to the top of an extinct volcano?

Park next to the cinder cone on Kua Bay Access road, and look for a trail right off the road that starts ascending Pu'u Ku'ili. Once at the top, you can retrace your steps back to the car, or head down the other side and follow an old jeep trail to the coast. The jeep trail will eventually dead end, and this is your turnaround point. Look for a trail on your left as you head back, which is a quicker exit to the road and your car than heading back to Pu'u Ku'ili.

Driving north on Highway 19 from Kona, take a left on Kua Bay Access Rd roughly five miles after you pass the airport.

Type : hike
Length : 1.6 miles, loop
Elevation Gain : 400 ft.
High Point : 500 ft.
Download GPX View Track Only
I had read about a small cinder cone near where we had previously hiked in Kekaha Kai State Park and thought this would be the perfect last hike for the trip. From what I had read online, there were a couple of different trails up to the top, and consulting the satellite photos on Google Maps, it looked like there was a defined trail from the road, and there additional unimproved roads/trails that lead down the other side towards the water. Armed with that basic info, my parents and I set off on this quick hike.
We parked in the small pullout just past the cinder cone and walking along the road, had no problem finding the start of the trail. As we proceeded to ascend the trail, the wind picked up and it was blowing quite strongly. The trail is fairly steep, but was fine for myself and my parents (my wife and son opted to do pool time instead). A short while later we were at the top, and taking in the views, with nice vantages of the ocean as well as other volcanoes on the island. 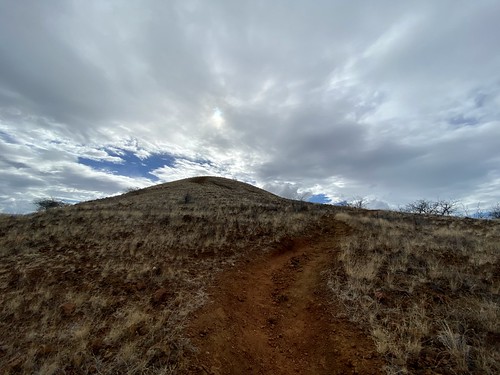 Starting up the trail 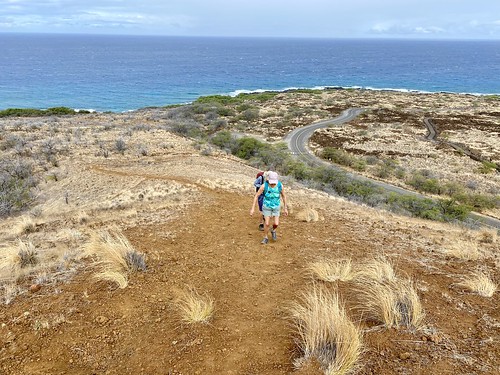 My parents on the final stretch 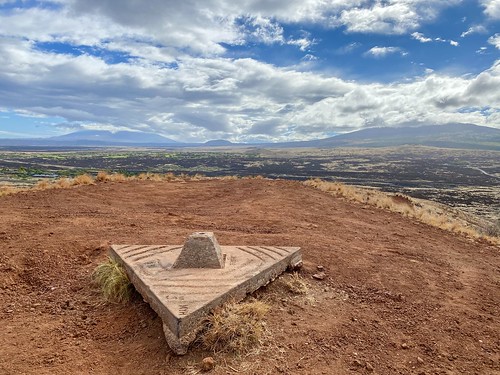 Marker on the top of the cinder cone 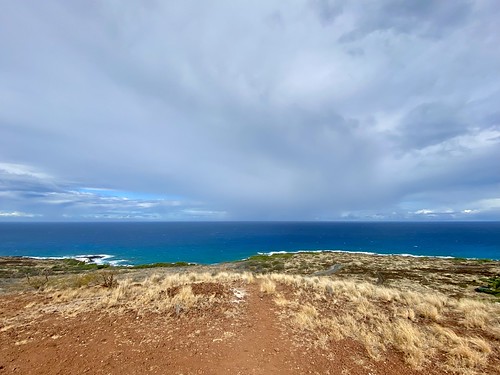 View of the ocean
We then followed a jeep trail down the other side of the cinder cone and leveraging satellite photos towards the bottom, I was able to figure out where to hop on another jeep trail that would take us towards the ocean. Shortly after getting on the second trail, we came across an old rusted out van with lots of graffiti. We saw at least 3 or 4 more old rusted out cars on the side of the jeep trail. Was this the place to take your old car and ditch it, or were people trying to drive this jeep trail and wrecked their car and had to leave it? A great mystery of which I will never know the answer. 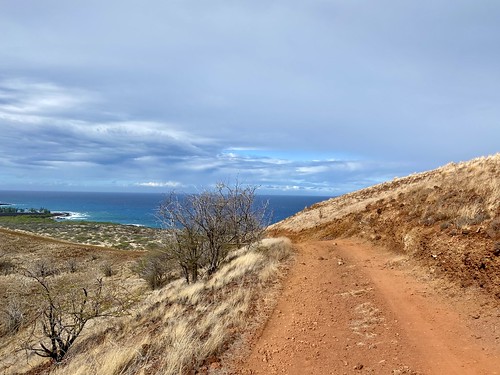 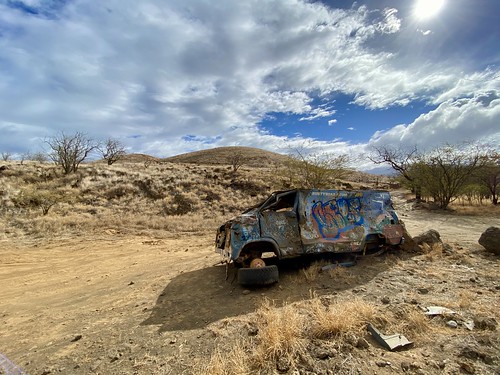 Old rusted van
As we followed the road along the coast line, I noticed a small trail off to the side which looked like it might take us back towards the car, and made a mental note of it. After passing through a grove of trees, we eventually reached the end of the road, and not figuratively, the road simply stopped. There was a small cove with a firepit and a swing hanging from a tree, and the only thing that was missing was a rusted out old car. Climbing around the rocks, it was cool to see the white coral contrasted with the black lava rock. 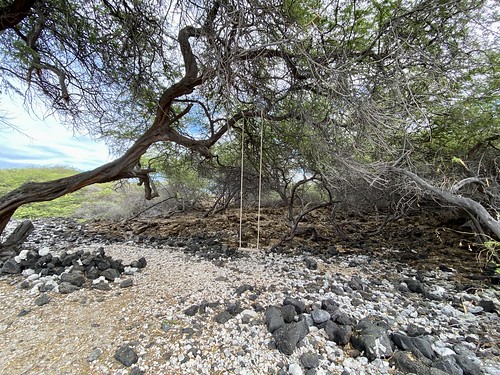 Care for a swing?

Pu'u Ku'ili in the background 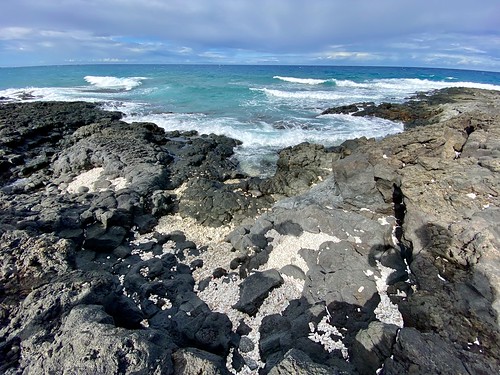 Coral and lava rock
We followed the road back to the side trail and sure enough the trail took us back to the pullout where the car was parked. 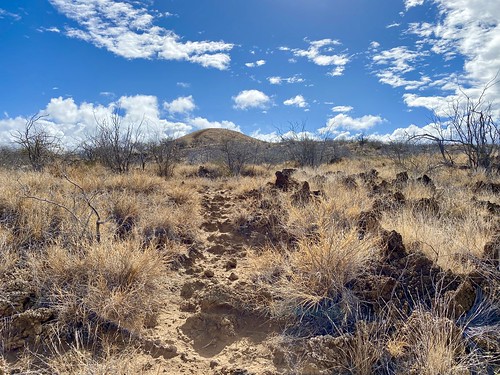 Side trail back to the car
A very short hike, but it was fun to go up the small cinder cone volcanoe. Just down the road Manini'owali Beach is really nice, with some decent waves for body surfing (at least the day we were there) and a large sandy beach. My GPX file My photos on Flickr