After a couple of nice hikes outside of Seattle, we decided to stick close to home and do the Loop Trail at Discovery park. Initial plans called for us departing shortly after breakfast, but upon going outside to bring out the trash, I noticed there was a slight drizzle. It wasn’t in the forecast, and while the weather had cooled down recently, it was still summer in Seattle, which means I rarely check the forecast for rain. After waiting an hour, and catching the first part of the Seahawks game, the rain stopped and we made our way to the parking lot, finding a spot as soon as we pulled in. 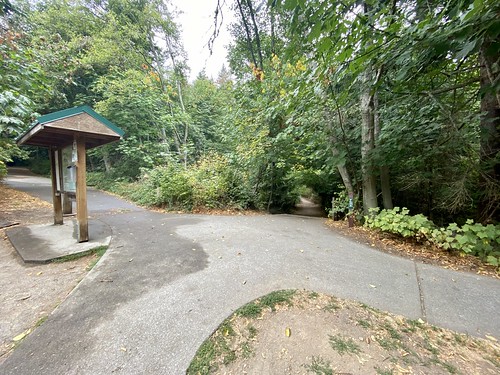 Start of the Loop Trail - head straight on dirt path

Within a couple hundred years from the trailhead (can you call it a trailhead when you are in a city park?) we made our first wrong turn of the day, and headed up a side trail towards the road. Quickly realizing our mistake we went back down and came to an intersection. Time for a big decision - clockwise or counter clockwise on the loop trail? The leader of our party, my six year old son, decided to head counter clockwise, as there was a cool underpass in that direction. 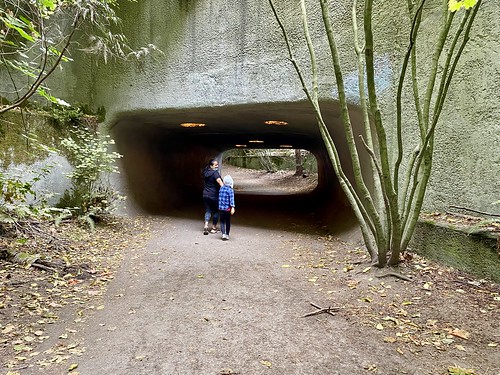 After going under Discovery Park Boulevard, it was a nice stroll through the woods. It wasn’t too busy on the trail. The light drizzle earlier in the day, and the fact that the Seahawks were playing probably kept the trail somewhat less frequented than usual. The trail itself is easy, relatively few inclines and wide enough to easily pass other parties in most places.

I spotted a giant old giant tree off the side of the Loop Trail and called out for my son to come back as he had sprinted off ahead of us. I helped my son climb up the tree and he played around in it while I took a couple of photos. I got a cool shot by positioning my iphone close to the ground while looking up at the tree. He’s only about 4 feet off the ground, but in the photo looks like he is substantially higher up. 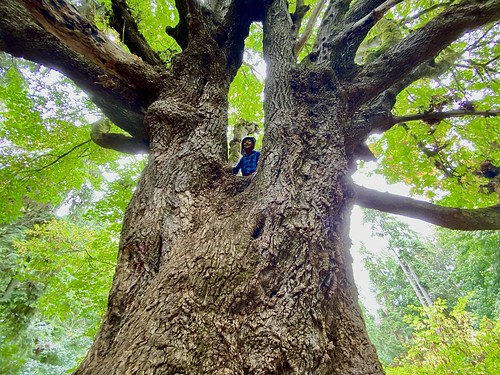 My son playing in a giant old tree in Discovery Park 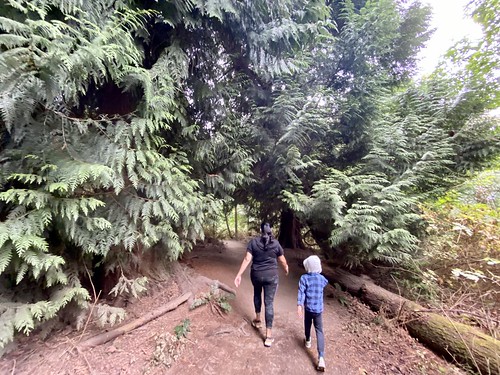 Walking through a grove of cedar trees on the Loop Trail
Farther along the trail we took another wrong turn and ended up walking a couple hundred yards up a road before realizing our mistake. You would think I could navigate a simple city park trail, given I have been hiking for 25 plus years, but on “easy” trails I don’t pay attention. Add in the fact that there are many criss-crossing trails and I often make a wrong turn. Consulting Google Maps, were able to keep walking up the road and then grab another trail back onto the loop trail, rather than having to backtrack. A beautiful side excursion! 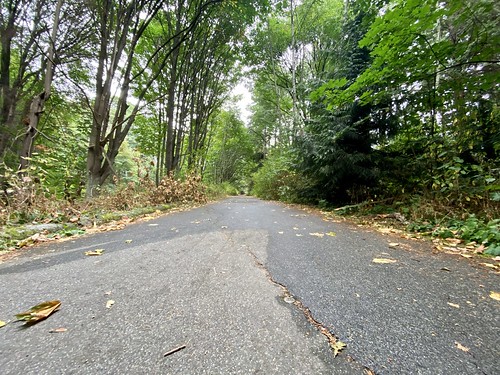 Our wrong turn down an unamed road in Discovery Park
We encountered a number of blackberry bushes growing along the trail. I encouraged my son to eat one, and when I told him to grab another, he politely insisted that I should try one - I did, and it was very sour! We usually grab blackberries in August, and they are always sweet. I would have never guessed they get sour late in the season, but I won’t be picking blackberries in September any more. 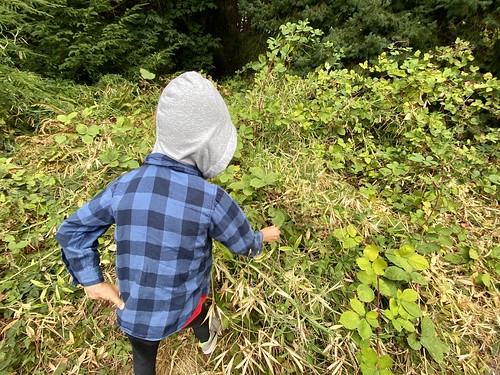 My son grabbing his first and only blackberry on the hike 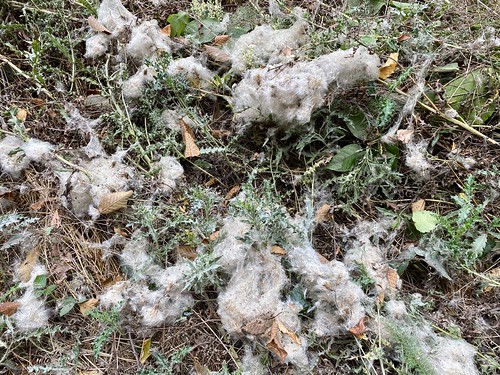 Interesting plant along the trail
We caught our first unobstructed view of the Sound shortly after the South Beach Trail merged into the loop trail. It was an overcast day, but the view looking out over Magnolia Bluff was nonetheless pretty. Farther along the trail we were treated to more views of the Puget Sound. 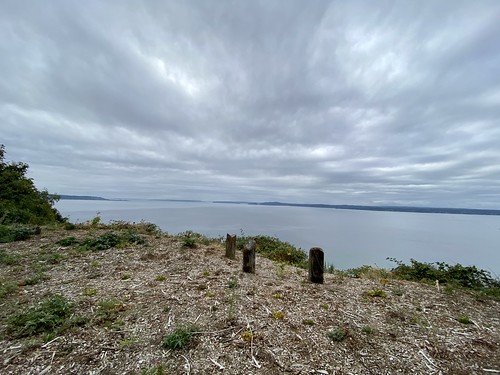 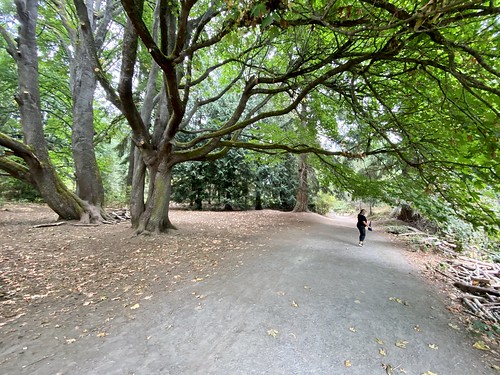 A great hike, and one where you may forget for a second that you are in a city!