Perusing Big Island Hikes website, I came across a hike to a small black sand beach called Makole'a Beach, and decided it would be the perfect hike for the extended family. I never really found the beach, hence just calling this hike the name of the state park, as I don’t want to mislead you dear reader. It was fun to walk along the lava rock on the shoreline, but I don’t know that I would make the drive here just for this hike. It’s a long bumpy road to get to the trailhead, with a vast majority of it unimproved lava rock. And in the short stretches where they improved the lava rock with pavement, they decided to put in speed bumps, because well, apparently it should be a uniformly bumpy ride.

We parked in the main lot next to the facilities for the beach, and then proceed to follow what looked like an old road along the lava rock. That road disappeared relatively quickly and we transitioned over to a stretch of nearby sand. 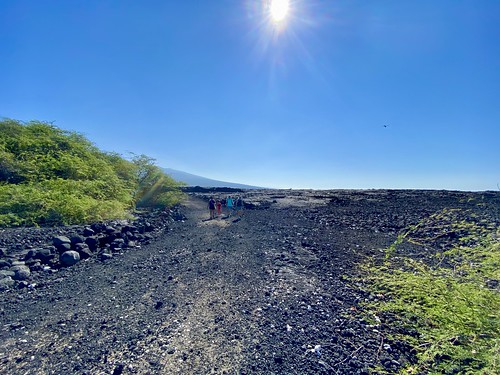 Start of the hike along an old road 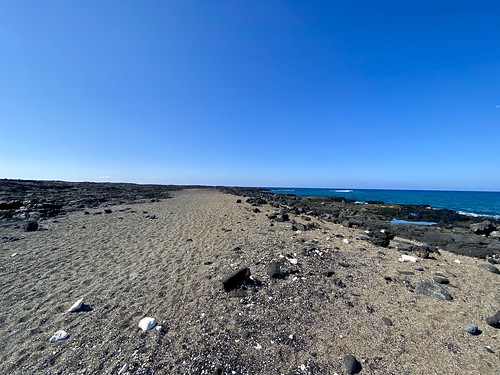 Stretch of sand we walked along
The sand eventually petered out, and we walked over the lava rock, staying fairly close to the shore. I was concerned this might be a very short hike, with members of the group ranging in ages from 6 years old to 76 years old. However, everyone seemed to be fine navigating over the lava rock without a defined trail, although it was relatively slow going. 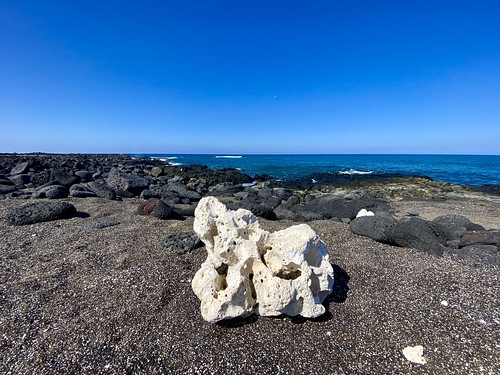 Coral on the sand
I consulted the satellite imagery on Google Maps to see if there was an obvious trail I was missing, but that didn’t seem to be the case. I later heard that there is an old shoreline trail used over the centuries that comes and goes in places, so maybe this was one of the places where it goes? I did notice a bunch of cool white shapes showing up on Google Maps satellite photos, and sure enough we came to an area where folks had made various shapes out of the coral. 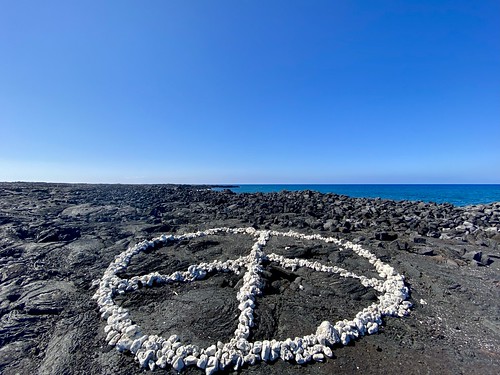 Coral peace sign
We ventured a little bit further, but I decided to turn around - it was Thanksgiving Day and we needed to be back to the rental house and start making our feast! I had budgeted enough time, long and bumpy drive and slow going picking our way through the lava rock. 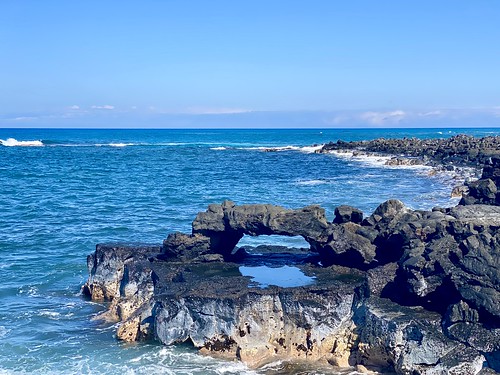 Arch marks the turnarond point
We ventured further inland where the lava rock was less broken up. Walking on the lava rock gave a cool crunching sensation, and this particular lava flow is only a couple of hundred of years old. We swung by the Mahai’ula Beach before heading to the car. 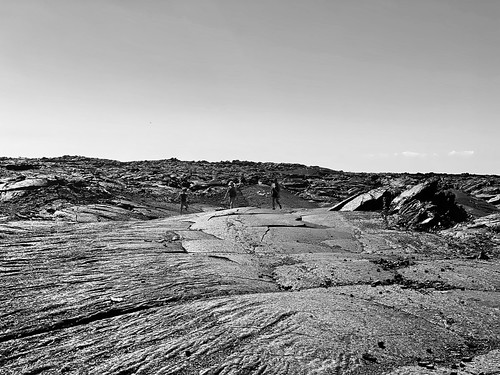 Walking over the lava rock 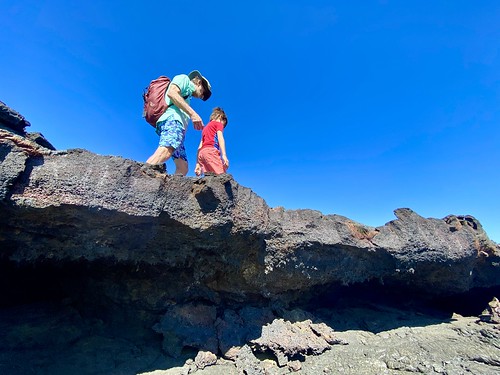 Grandpa and my son walking on lava rock 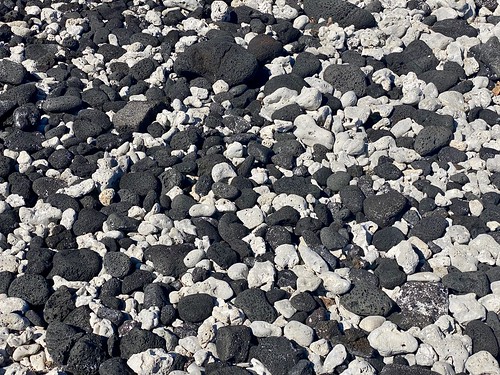 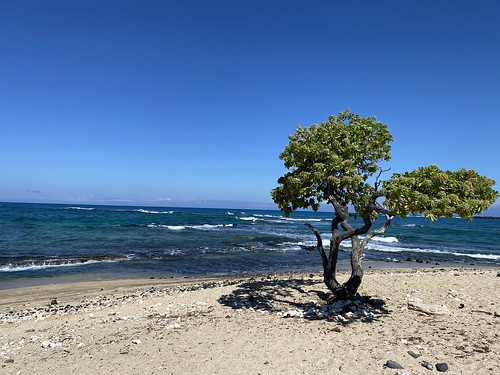 Start of Mahai’ula Beach
This would be a good stroll to do if you wanted to combine it with the beach, as Mahai’ula Beach looked nice and was not crowded at all, but there are better places to go nearby just for hiking.