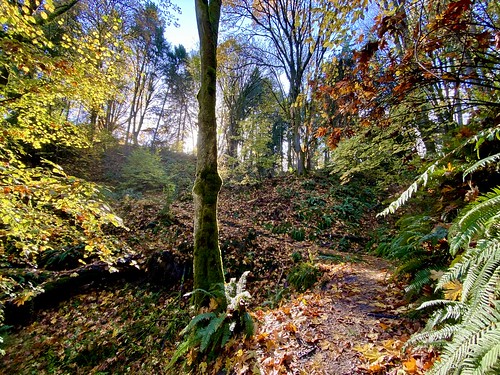 Length : 1 mile, loop
Elevation Gain : 160 ft.
Interlaken Park is a densely wooded area on a hill in the northern part of the Capitol Hill neighborhood of Seattle. The main trail, East Interlaken Blvd, is actually more like a road, but only for pedestrians and bikers, and makes for a nice stroll. A couple other trails branch off of the Boulevard and will take you along streams and through densely wooded areas.

At the East Entrance, you will need to find street parking which does not require a permit.

Type : hike
Length : 1 mile, loop
Elevation Gain : 160 ft.
High Point : 220 ft.
Download GPX View Track Only
Taking advantage of a break from the dreary weather and rain that Seattle is famous for, I decided to head over to Interlaken Park for a quick hike along the trails and Interlaken Boulevard. I had been here once before, but only on the pedestrian boulevard, and was curious to see what the trials were like. Consulting the map, it looked like I could connect a couple of trails with Interlaken Boulevard to make a short, but sweet hike.
I decided on trying a loop from the Interlaken Park East Entrance. It was easy to find a place to park along the road a short distance from the entrance to the Park. The hike started out along the Boulevard and I took a left as soon as I came across the first trail. The trail ran alongside a stream for a bit, and had a decent amount of uphill. I didn’t encounter anyone else on the trail, and it was a pleasant hike. At one point there was a trail that went up to the left, but I was pretty sure that wasn’t what I wanted, so I kept on this trail until I neared Interlaken Drive East, and then went left again. 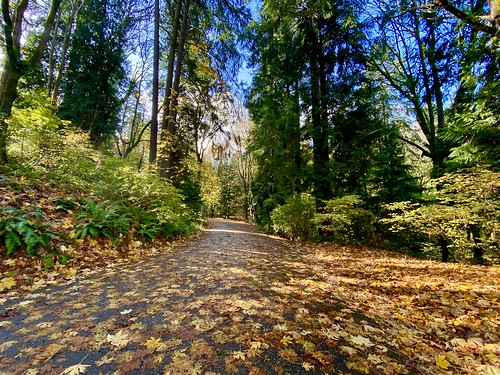 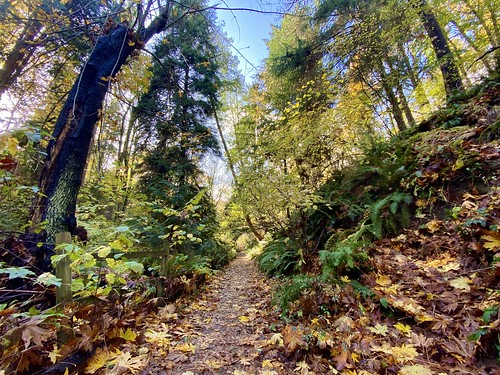 Start off the trail 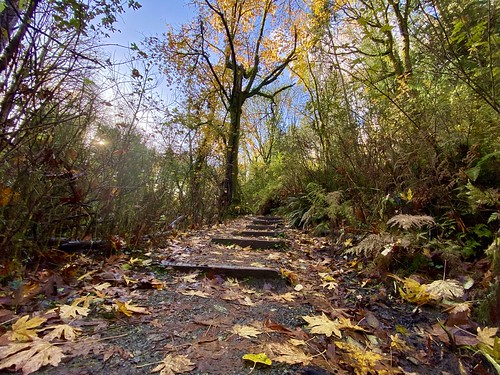 Steps on the trail

Sun behind a tree at Interlaken Park
The trail paralleled the road for a while, before starting to descend down the hill. Near the bottom I caught sight of East Interlaken Boulevard and took a left to stay on the trail and hike above the road. Apparently before this was a park, there was a bicycle trail used by folks to get down to Lake Washington, and it’s likely East Interlaken Boulevard was at least partially built on top of the old bike trail. 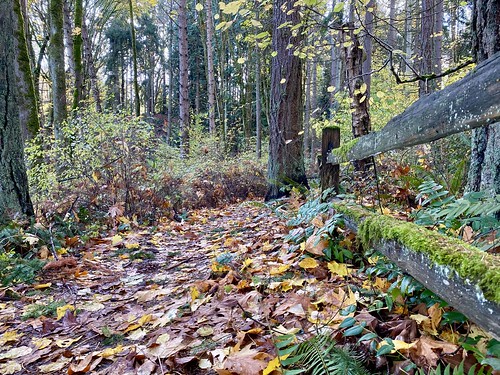 Fence along the trail 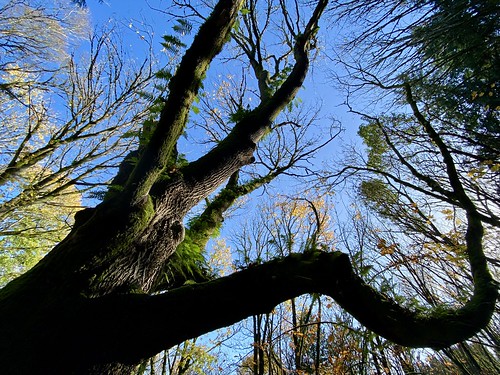 Ferns growing on a tree 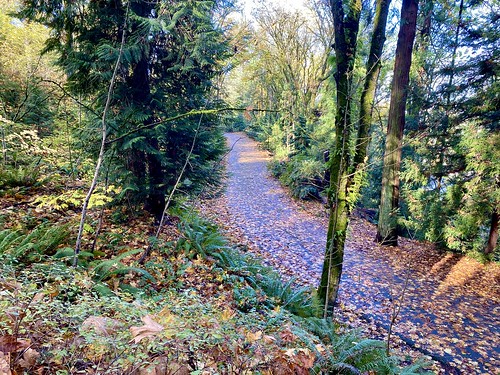 Above East Interlaken Boulevard
I followed the trail until it eventually connected with East Interlake Boulevard, and then took the old road back to my car. 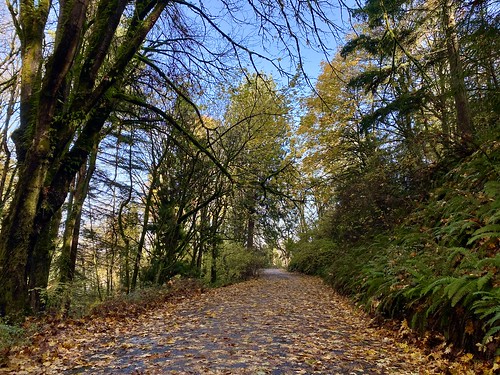 Back on the road
A short hike, but through some nice forest. I'll have to come back with my bike to ride down East Interlaken Boulevard. My GPX file My photos on Flickr