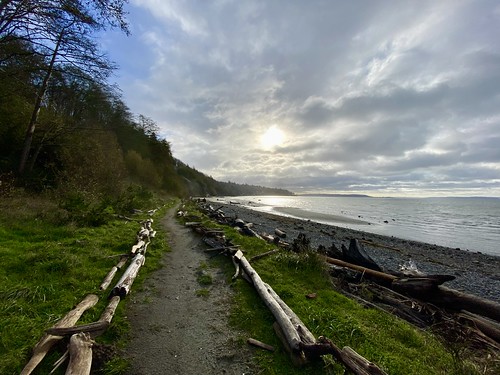 Length : 4.4 miles, roundtrip
Elevation Gain : 500 ft.
Discovery Park encompasses 534 acres within the neighborhood of Magnolia and has 12 miles of trails. While it;s hard to go wrong choosing a trail, The North Beach and South Beach trails are a great way to explore the park. It obviously features a trail along the beach where you will likely encounter wildlife like blue heron, ducks and seals, but includes a forested section and passes by the West Point Lighthouse.

While it’s possible to obtain a beach parking pass at the Visitor Center and start your hike directly on one of the beach trails, the passes are in very limited supply and may require a substantial wait to obtain a pass.

The Discovery Park North Parking lot is an excellent option, with a good amount of parking available. It sees less use than the Visitor Center parking lot, meaning you will have a good chance of finding a spot on most weekends and definitely during the week. No parking passes or fees required at any of the parking lots in Discovery Park.

Type : hike
Length : 4.8 miles, roundtrip
Elevation Gain : 550 ft.
High Point : 220 ft.
Download GPX View Track Only
Discovery Park was calling my name when a break in the dreary Seattle weather lined up with a little extra time during my lunch break. I landed on the North Beach trail at Discovery Park - as I had only hiked once before and that was at least ten years ago. I quickly consulted a map and decided on the North Parking lot as my starting point.
Upon exiting the car and figuring out what trail to take to the North Beach Trail, I noticed some signage for the Wolf Tree Nature area. There were a number of different trails going through the area, but it looked straightforward to connect a couple together to take me West towards the North Beach trail. I started walking on the Wolf Tree Trail and guessed which direction to head at a coupe of intersections, knowing the trail sections were short and they would all take me to the same general area - a series of ponds. I then made my way to Texas Way road and continued on the road until reaching the Loop Trail. 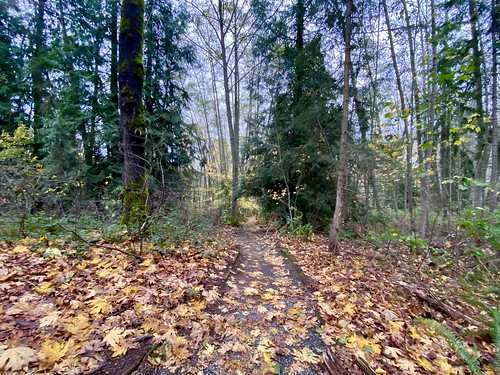 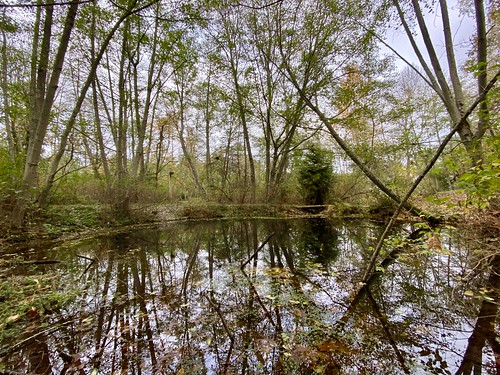 A pond in the Wolf Creek Nature Area 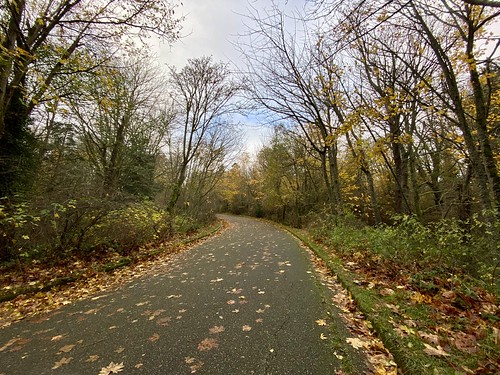 Walking along Texas Way
After a short walk on the Loop Trail, I took a right onto a trail that connected into the North Beach Trail, and began the descent down towards the water. On my way down I noticed a large group of birds that were gathered on some bushes, and they appeared to be eating the leaves, or possibly eating insects that were on the leaves? They didn’t seem to mind me passing by so close, and I tried to snap a photo, but it was difficult as they were busy fluttering between the different branches of the bushes. 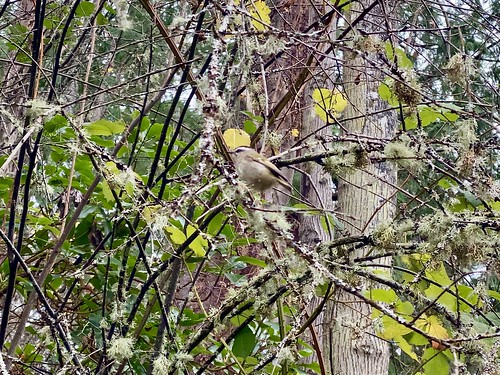 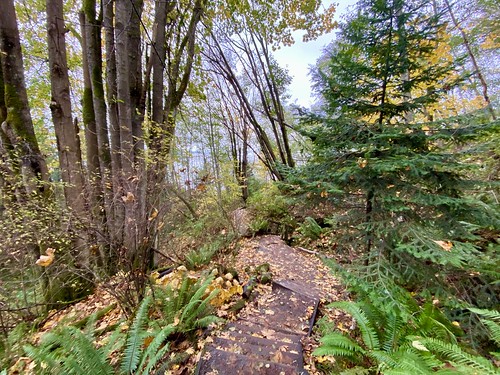 Going down the North Beach Trail 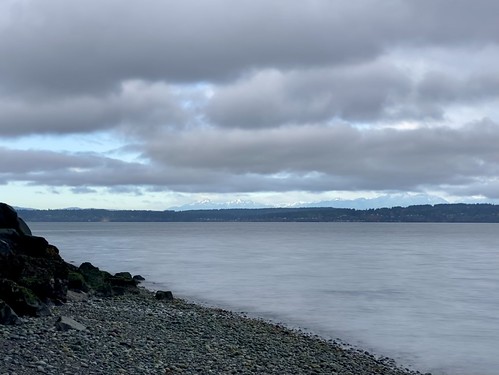 Puget Sound and snow capped Olympic Mountains
I eventually reached the water’s edge and across the Puget Sound I could make out snow on the upper part of the Olympic Mountains. While the clouds hadn’t abated like I had hoped, at least it wasn’t raining. While walking along the North Beach trail, I spotted something moving in the water a couple hundred yards offshore and am pretty sure it was a seal, as it appeared fairly large. A short distance later I saw a large number of ducks in the water. 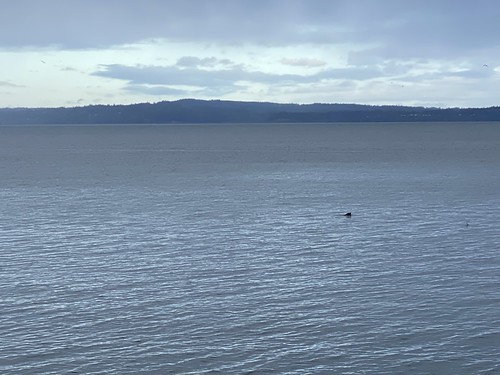 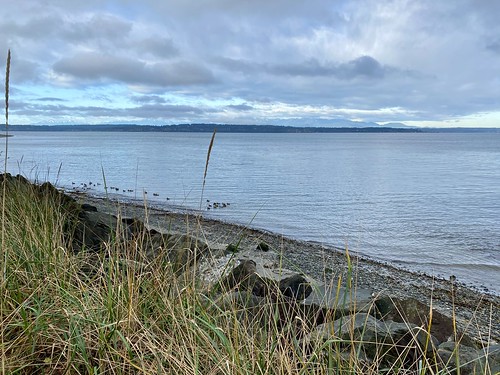 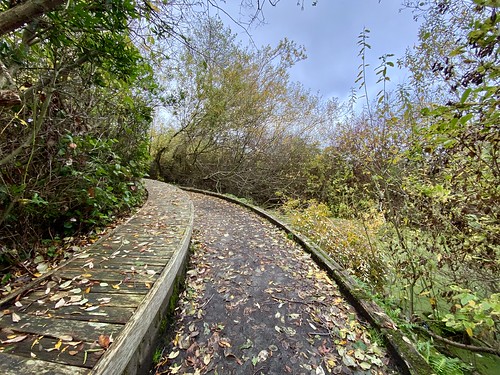 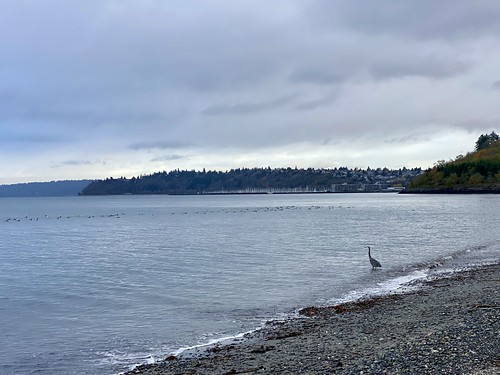 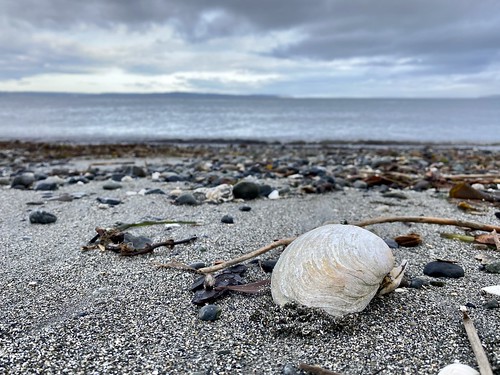 Discovery Park beach
Reaching the West Point Lighthouse, I noticed a group of people with telephoto cameras and spotting scopes surveying the Puget Sound. I tried to eavesdrop on their conversation to figure out what they were looking for, but couldn’t quite make out what they were saying, and I couldn’t see anything moving in the water. 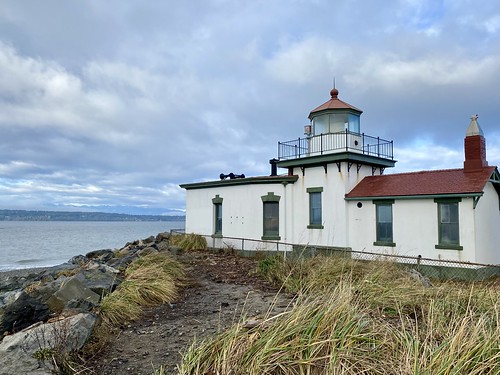 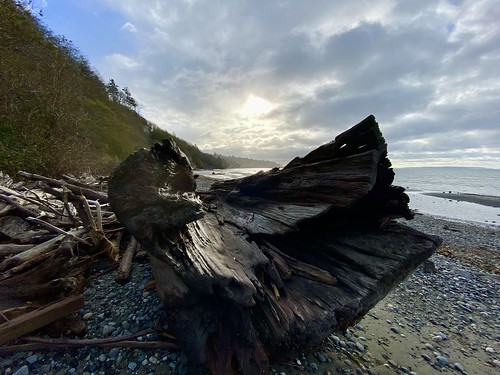 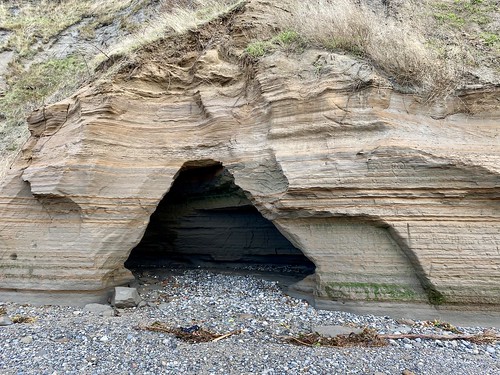 Cave in Magnolia Bluff
I headed back along the beach, and then took a short trail up to Discovery Boulevard Road and then got on the South Beach Trail and stopped a couple of times when there was a break in the trees to take in the view of the Puget Sound. 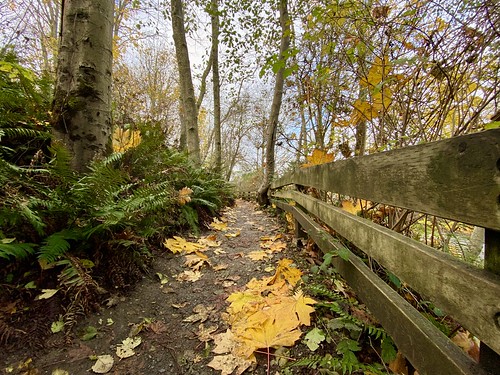 Start of the South Beach Trail 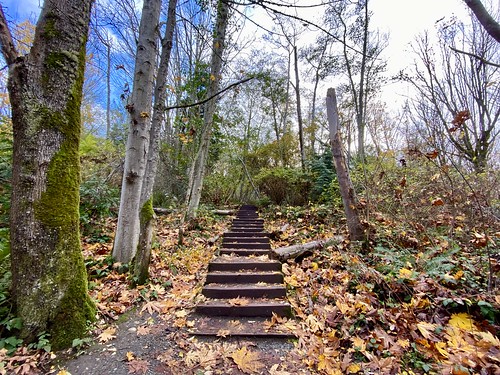 Heading up the South Beach Trail 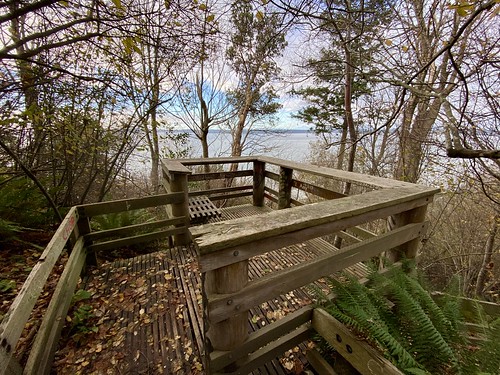 Viewing platform on the South Beach Trail
I merged onto the Loop Trail, and chose one of the many paths meandering through the open meadow, eventually passing through the Capehart Forest. By this point, the hike had taken longer than I planned for, so I upped the pace and briskly walked back on Texas Way to Loop Trail to Kansas Ave and finally to the car.
Although a little longer than I planned, it was a great hike. Fort Lawton Breach is a cool place, and one I plan on spending more time at. Not being able to drive there keeps the people to a minimum, at least on weekdays outside of summer. The North Beach trail is okay, it does provide some nice views of the Sound, but it’s not a trail I will be rushing to do again - can’t put my finger on why that is...