Situated along the historic Ballard Avenue, Marvin’s Garden park is diagonally across from Bergen Place park. The centerpiece of this small park is the Ballard Centennial Bell Tower, which was built to showcase the old Ballard City Hall bell. The Ballard City Hall was destabilized by an earthquake in 1965, and two years later was torn down and replaced by Marvin’s Garden park. In addition to the bell tower, the park has a small concrete patio area with five benches. 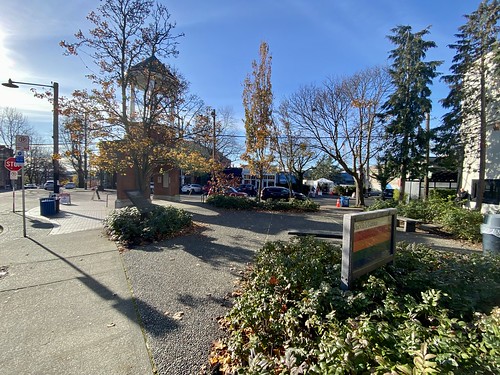