Gemenskap Park (pronounced Yuh-MEN-skawp) is a Swedish word for community, and is a relatively new addition to Ballard. Prior to a park, the area was a two-block gravel parking median situated between the northbound and southbound lanes of 14th Ave. The lanes were combined on the West side of 14th Ave, and the resulting space was converted into this park in 2018.

The park is bisected by 60th street, and both sections are primarily composed of a lawn, while the Southern section has a number of seating options/benches on a concrete pad. Interspersed throughout the park is a biofiltration system (bioretention swales), which help capture storm water run off. 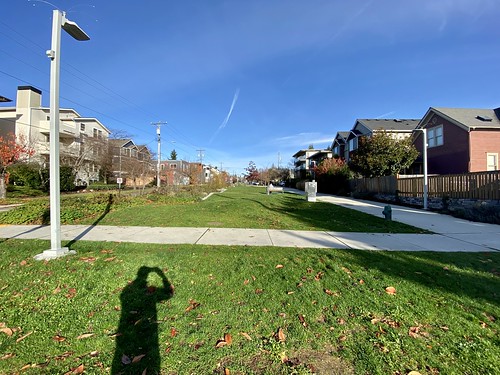