This small, triangular park is situated in the heart of Ballard, and it’s possible you have passed through this park without knowing it while attending the Ballard Farmers Market. The park is named after Bergen, Norway, one of Seattle’s international sister cities. King Olav V visited from Norway in 1975 to mark the official dedication of the park, while his son King Harald V K and Queen Sonja paid the park a visit in 1995 for the unveiling of the Bergen Mural (and King Harald attended for a re-dedication in 2015). Additional art installations have been added over the years, including the Witness Tree. 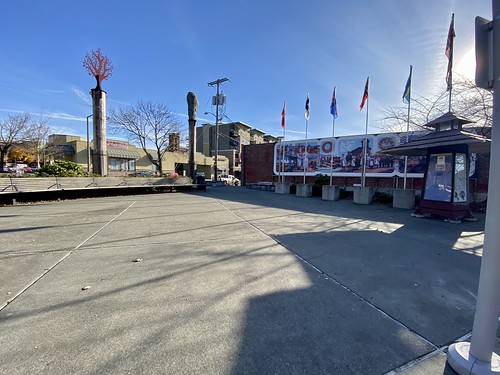